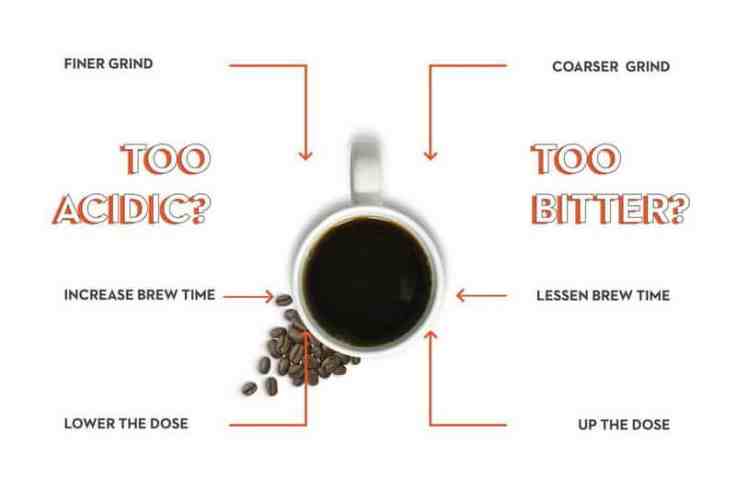 Acidity and bitterness can be easily confused. Acidity is perceived as negative. Acidity is actually a desirable attribute in a coffee’s flavour that is the result of naturally occurring acids. Acidity describes the pleasant brightness coffee displays on your buds, representing the freshness of a crop.

It also relates to the degree of roast. The lighter the roast, the brighter the cup, the more acidity. A dark roast will have less acidity but more body. A medium bodied cup will have a balance of acidity and body. The duty of the roast master is to find that sweet spot, balancing acidity with aroma and body. Acidity does not mean that feeling that has you reaching for a tums.

Citric Acid is found in arabica beans grown at higher elevations. Naturally the same acid found in citrus fruits, this acid is associated with notes of lemon, orange and grapefruit.

Phosphoric Acid tastes sweeter than most acids. It can turn an otherwise sour tasting citrus flavour into a sweeter grapefruit- and mango-like one.

Malic Acid is sometimes associated with hints of stone fruit, like peaches or plums, but it’s more common to taste apple or pear in a coffee that has malic acid.

Chlorogenic Acids (CGAs) are largely responsible for a coffee’s perceived acidity. Compared to other acids, they degrade rapidly in the roasting process, which is why light roasts are described as “bright” more often than dark ones.

Acetic Acid is the same acid that’s found in vinegar, producing a pleasant sharpness at lower concentrations. Higher levels of this acid is unpleasant, though. A coffee that has a lot of acetic acid probably wasn’t properly processed.

Tartaric Acid similarly produces a sour taste at concentrations. At low levels, though, it offers up grape-like or winey notes, which isn’t surprising since it’s found in grapes.

Quinic Acid is produced as other acids degrade. High concentrations of it are common in darkly roasted coffee, stale coffe, and coffee brewed several hours ago but kept warm on a hot plate. Although it gives coffee a clean finish, it is the main acid that turns stomachs sour.

Bitterness is easier to taste since it’s a primary taste sensation, and we’ve all experienced it, along with sweet, salty, and sour. Each are found in coffee, yet you don’t want too much of any -- they must be balanced. A salty coffee would of course be terrible, but a coffee that has some saltiness is described as a soft or neutral coffee.

Too much bitterness can be the result of poor quality, low density coffee that’s over roasted. It may also be the result of improper grinding and brewing. Often this means the coffee has been too finely ground or too much coffee was put in the filter. The water thus hasn’t been able to flow properly, making for a bitter tasting brew. Brew is critical, as we’ve learned before. An ideal brewing time is less than four minutes.

Many of the tastes you identify in coffee can be directly attributed to the acids contained within them. If you can identify the acids you prefer, then you’ll be able to look for coffees that have been grown or roasted in a way likely to produce those acids. 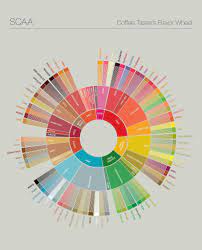 It’s fair to say most of us don’t know that much about coffee. When you get to that lineup of drip coffee options, and you have no idea how to differentiate these flavours, you take the medium roast and call it a day. 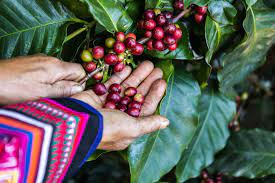 This featured article is a short introduction to the origin of coffee and how we source our quality coffee beans for your enjoyment. Like lots of things, coffee was discovered by mistake. And we can thank an Ethiopian goat shepherd named Kaldi.